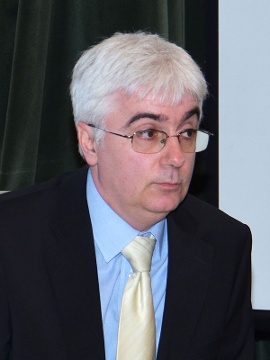 He finished his ethnography and history studies at ELTE in 1993, received his candidacy in 1998 and habilitated in 2011. He worked as a curator at the Kuny Domonkos Museum in Tata and as a history teacher in a secondary school. He also lectured at several universities, such as the Ethnography Department at ELTE, the University of Szeged and Debrecen, and the Babeş –Bólyai University in Transylvania. From 2003, he worked as the head of the Museology Department and later as the Deputy Director of the Open-Air Ethnographic Museum in Szentendre. He was the leading curator of the Showcase-Storage, the Upland Market Town unit and several temporary exhibitions. He is the secretary general of the Hungarian Ethnographic Society and the president of the Cultural Heritage section of the Hungarikum Committee, as well as the Collection Department of the National Cultural Fund. He has been or still is the member of the editorial boards of several journals (Limes, Néprajzi Látóhatár, Ethnographia, Acta Ethnographica Hungarica) and general editor of the Museum of Ethnography’s periodicals (Néprajzi Értesítő, Tabula).

He is the director of the Museum of Ethnography since 2013.

At the conference, he introduces the concept of the Permanent Exhibitions of the Museum of Ethnography.